Hootiefest At Center Of Tourist Concerns

Concerned tourists are finding themselves in a financial dilemma as event organizer CID Presents moves ahead with plans to hold Hootiefest at the end of the month. COVID concerns have canceled other festivals in the area over the same time period.

Hootiefest: The Big Splash is slated to begin on the 26th of January and will run until the 29th at the Moon Palace Resort in Cancun. The lineup for the event is headed by Hootie and the Blowfish, who will headline three evenings. Headlining the third night is the Barenaked Ladies. Other notable acts are Better than Ezra and Doors.

Attendees pay for one of a selection of all-inclusive packages that include tickets to every night of the event. The minimum price for a package listed on the website is $1,699, with the priciest option reaching $7,499 per person. Currently, two of the Moon Palace’s packages are already sold out.

Refunds will be available if the event is canceled, but those uncomfortable with making the trip are saddened by the lack of empathy at the situation.

The concern surrounding the event has stemmed from the increasingly high COVID rate in the area. Since Cancun’s busy holiday period, the infection rate has more than quadrupled forcing the government to reinstate a yellow designation for Quintana Roo based on its epidemiological traffic light system.

The change has forced many aspects of the tourist industry to reduce its capacity or, in some cases, completely close for the duration of the designation. Just last week, two similar music festivals and concerts were canceled due to the pandemic, citing safety concerns as the primary reason.

The Playing in the Sand music festival was due to happen over two weekends starting on the 6th and then again on the 13th. CID Presents were also producing the event but made the decision to cancel. All those who purchased tickets were offered a full refund for the cancellation.

Naturally, the cancellation of this festival has drawn attention to those coming up. Several ticket holders, who have already spent thousands on the event, are understandably concerned about the possibility of being infected while in Cancun. A positive test would leave them in isolation, missing the event, and staying longer than they had previously intended.

The Moon Palace does offer isolation rooms for several days in the worst-case scenario, which is an excellent service in the current climate, but many are still reluctant to travel for the event. Worse still, the free isolation rooms are only available to those who purchased a five-day or more package, leaving a large percentage of guests with no support in the event of testing positive.

Logistical purposes with children or work mean those who have bought tickets weeks or months in advance and long before the current surge have a tough decision to make.

Many are calling for a postponement on social media and other avenues, but have been met with some abuse by those happy to still attend the event.

One ticket holder, speaking to the Charleston Post and Courier, reported trying to contact the Moon Palace about a refund but was unable to get ahold of anyone via phone or email.

The event producers did advise purchasing travel insurance before purchasing, and the non-refundable tickets were labeled as such in the payment process, but it hasn’t done much to quell frustration. Many of those that have purchased “cancel for any reason” insurance are still only seeing about 50-75% of the ticket cost covered, which still means a few thousand dollars of loss in some cases.

Some of the frustration has been directed at Hootie and the Blowfish themselves. Darius Rucker, the lead singer, and the rest of the band canceled shows earlier in the pandemic citing the safety of their fans, and excited followers of the group are questioning why the same care is not being afforded to them.

Other festivals are planned going forward tentatively as the COVID rate fluctuates, but Hootiefest, as it stands, is in the firing line for many. With current levels of infection, some spread in the resort is highly likely, and it may prove a litmus test for others.

Why are you not reporting on the over 1000 people who signed the petition to offer refunds to those who are not comfortable attending the Crash My Playa event that is to take place starting January 18!

No one has abused anyone, nor has the event coordinator been unsympathetic. The people who knowingly made reservations and paid for this event, were well aware of the consequences. They need to be patient and wait to see how things transpire next week. Insurance was an option and if they made an impulse purchase, that’s their fault. They knew this was a Non-refundable Event!

@Cheryl Strider, CID changed the purchase policy which is a legally binding agreement at the time of purchase. Anyone who wants out should be allowed out if they do not accept the changed terms of purchase. Might be time for many to lawyer up. They say it is non-transferable or refundable but have offered many people to transfer their packages, and have also given refunds in select situations. The PITS event they offered full refunds a week before for those who felt uncomfortable attending. That was when Covid was much better then it is today. I’m not judging anyone if they want to risk getting stuck in Mexico, but for those that don’t want to risk it because of the changes please have some sympathy. The package is not the same as when it was originally purchased, so the promoter should stop pretending that it is and allow those that have concerns to not only transfer but receive a refund. 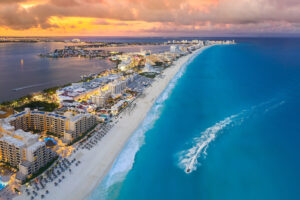 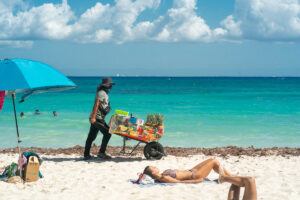 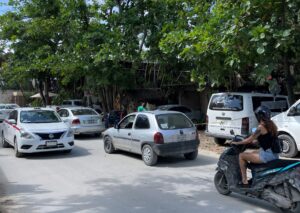