American Airlines has announced the arrival of new services it is launching for its summer season, which brings two new routes for Mexico, including one new route from LAX to Cancun (CUN).

The new route is scheduled to begin operations on June 5th and will provide once-a-week service on Saturdays. The service is designated to be operated aboard an A321 aircraft.

The other route to Mexico which American Airlines will be launching is from Dallas Fort-Worth to Merida (MID).

The U.S. airline carrier will also be adding frequencies to Latin America and the Caribbean as a result of a significant demand for travel in those regions.

Despite the global pandemic, Cancun continues to be a hub for tourists, and airlines have taken notice.

Similar to American Airlines, other U.S. and European carriers are increasing operations for flights to Cancun.

TAP airline will be launching three weekly flights from Lisbon in March, with Orbest also returning to service in Cancun from Lisbon in the same month.

The new additions will be joined by other European airlines that are already servicing the region, including Air France, Edelweiss, British Airlines, and Lufthansa.

After nearly six years of absence in service, U.S. airline Frontier will be operating flights to Cancun from Denver and Orlando this month, with services from Orlando and Miami to begin in March.

Southwest Airlines is also set to begin daily service of flights from Phoenix to Cancun in March.

In a bid to maintain attraction from tourists and airlines alike, officials consistently work to uphold Cancun’s position as a top global destination.

Most recently, the airport of the capital of Quintana Roo, Chetumal, has undergone renovations for expansion, while sustaining connections with routes from Guadalajara and Mexico City.

“We continue in close communication with the airlines, dispelling their doubts and sharing all the available information with them. Such as access to the tests that some countries require to re-enter their territory; We generate trust in them thanks to the actions carried out in the state with the Certification in Health Protection and Prevention in Tourism Companies, in addition to the effort by private initiative to provide tests, both PCR and antigen, even within their hotels. “

↓ Join the community ↓
The Cancun Sun Community FB group has all the latest travel news, conversations and tourism Q&A’s for the Mexican Caribbean 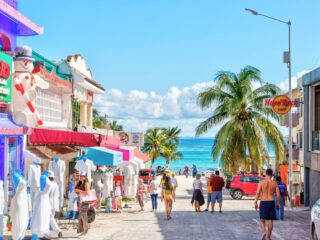 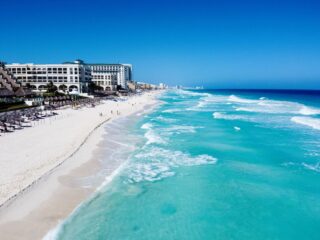