After a hefty eight months composed of investments and remodeling, one of Quintana Roo’s most captivating tourist sites has recently been redeveloped for its large number of frequent visitors.

Playa del Carmen is a quaint coastal city located in Mexico. The city features its fifth avenue, which is a tourist staple site that delivers creative expressions of Mexican culture and heritage to its travelers.

The finished project was revealed in a ceremony by Laura Beristain, Senator of the Mexican Republic. The urban improvement works that took place in the remodeling of Fifth Avenue were reported to have begun 8 months ago, in June 2020.

The reconstruction of the appealing site required an abundance of financial means, equivalent to 107 million pesos. Despite this, there was no result of debt for the municipal government of Playa Del Carmen. Instead, citizens benefited through the entire project which created higher employment rates, as 558 jobs were generated in the works, employing more local citizens.

The entire remodelazation features optimal quality tools and implementations, anticipating to have a lifespan of thirty years.

The renovations entail new and improved implementations such as newly integrated pieces of illuminating LED technology which creates more attractive public lighting, native plants and trees which induce more nature in the area, and the opening of numerous wells which increased the amounts of flourishing water available.

Other important changes include wooden decks, new pavements and ramps for pedestrians to easily navigate their way through the city and efficient underground services such as working internet, lighting, electricity and effective drainage systems.

The implementations were done in an attempt to enhance the overall quality of services and features in the area, which was achieved.

Another beautiful site located in Mexico between the beach and Fifth Avenue is the Parque Fundadores.

The Parque Fundadores is one of the original areas in Playa Del Carmen located beside the Cozumel Ferry Pier.

The public area is constantly evolving itself over time to optimize its cities tourist attractions. The entertaining space allures numerous tourists to sit and observe the sunset in the tranquil and serene environment.

The Parque Fundadores has also recently been renovated with newly installed sets of high-quality benches that feature the engraving of native families’ names in them. Facing towards the sea, the benches position towards the sunset, casting the most picturesque views. 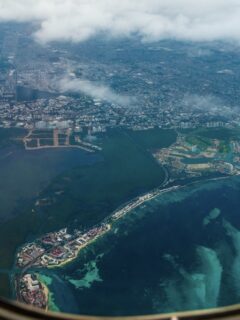 Previous
New Flights to Cancun from Spain and Portugal This Month 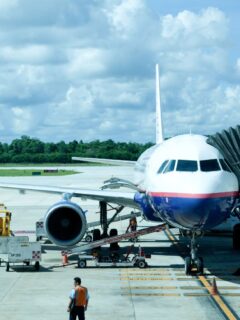 Next
International Travelers To Cancun Will Now Clear Immigration In 2 Minutes
Click here to cancel reply. 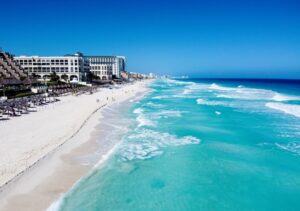 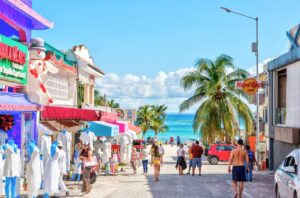