Large Amounts Of Seaweed Expected In Cancun And The Mexican Caribbean

The Mexican Secretariat of the Navy reported that 47 beaches in Quintana Roo including Cancun, Playa Del Carmen and Tulum can expect large amount of seaweed (Sargassum) accumulating this week.

“The trajectories of our current models show three groups of sargassum have a high probability of landfalls on the coast this week,” said a statement from the Secretariat of the Navy.

Tulum, Mahahual, Xcalak and Cozumel will be the most affected areas seeing the highest amount of seaweed reaching the beaches.

Cancun, Playa Del Carmen Isla Mujeres will be affected by a different patch or seaweed floating 45 km off the coast which will affect beaches within the next 3 to 5 days.

Although seaweed is expected on most beaches in Quintana Roo during the spring and summer, these recent patches identified by the navy are very large and could affect swimming and ocean access in some areas.

29 ships and over 300 navy members are working day and night to remove seaweed patches floating off the coast but inevitably some will still make it to shore. The ships including 4 ocean sweepers are currently operating in the ocean waters surrounding Cancun, Playa Del Carmen, Cozumel and Tulum.

The Government of Mexico additional uses aircraft to monitor large patches of seaweed and direct ships and sweepers to the correct areas.

As of May 31, 2021 over 10 thousand tons of seaweed have been removed from the ocean and beaches in 7 municipalities around Quintana Roo.

Earlier in the spring, Nasa said 5.1 million metric tons of Sargassum had accumulated in a large patch and would inevitably make its way towards Cancun in the months of June, July and August when the state of Quintana Roo says the seaweed season it at its worst.

Hotels in partnership with the Mexican navy and local authorities have installed barriers to try and prevent the seaweed from reaching the shore but it’s only effective to a certain point. The rest of the seaweed that makes it to shore is cleaned up every morning by tractors. city workers and hotel employees before being taken away by large trucks

There have been over 4000 meters of seaweed barriers installed which help stop the seaweed from reaching the shores. These barriers have ongoing monitoring stations and ships come through daily to harvest and remove the seaweed.

Tourists have been very vocal over the appearance and smell of the seaweed that accumulates on the pristine white sand beaches of the Mexican Caribbean. While authorities are doing everything they can to remove the foul smelling seaweed, it’s a constant battle with nature that happens every year. 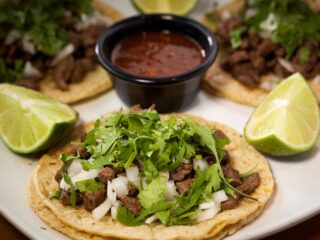 Previous
Top 6 Taco Restaurants In The Mexican Caribbean For 2021 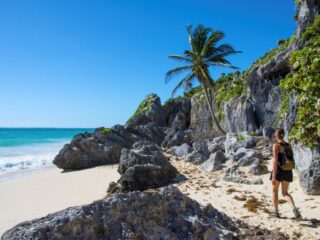 Next
5 Top Hiking Trails To Wander In Tulum
Click here to cancel reply.